Continuous testing of Django applications against Windows/Azure with MS SQL

Given the size of Microsoft, their reputation in enterprise environments and the growth of Azure as a cloud platform, its fair to say that ignoring Microsoft (and their associated products) in your test scripts will limit the ability for your app to grow. We’ve had a few requests on the level of support for Aristotle under Windows and Microsoft environments, so recently we’ve explored what it takes to reliably deploy Django applications under a Microsoft/Azure stack.

First of all, since Travis-CI doesn’t have Windows support, if you are serious about testing on the Microsoft/Azure stack, Appveyor is the service to use. Plus its free for open-source projects, which is always a plus – and its great to see this support from Microsoft. If you are used to running tests on Travis-CI, you’ll find it a breeze to add this into your test suite on GitHub.

The easiest way to get an appveyor.yml run script ready is to copy your .travis.yml to appveyor.yml and go from there. From that point we trimmed back the test matrix to only those environments we cared about on Microsoft/Azure – which was specifically running the tests against MS/SQLServer. Its unlikely that we’ll come across someone who wants to deploy on a Windows machine against a Postgres or MySQL database, so those were trimmed.

To connect to MS SQL Server 2016 we used django-pyodbc-azure, which provides excellent Django-ORM compatibility. However, installing it can be troublesome. Versions of django-pyodbc-azure are designed to match Django versions, so using pip to install it, like so pip install django-pyodbc-azure could install a version that’s incompatible with your installed version of Django. However, its common in Travis-CI test versions to specify a matrix of environment variables, and Appveyor has similar functionality. This makes it a snap to install Django and django-pyodbc-azure using the same environment variable. Below is a modified sample of the appveyor.yml we used to test the Aristotle Metadata Registry that shows how to correctly install matching libraries:

This will ensure the correct versions of Django and django-pyodbc-azure are installed.

Once that is done, you can commit your appveyor.yml file connect your github account to Appveyor and test your django app against Windows/Azure and SQL Server 2016. As for speed, we’ve found Appveyor runs to be comparable to Travis-CI runs using comparable setups – however free accounts can only run one test script at a time, which may slow your matrix builds down.

Our full appveyor.yml config file for testing the Aristotle Metadata Registry on Windows/Azure against Django 1.8 with the MS SQL Server 2016 is available on Github

Additional gotchas that come up on Windows/Azure and Appveyor:

January Updates - One month into 2018

The first month in 2018 was a big one for us, there were so many new and exciting things that happened for Aristotle. We now have two new government contracts. Both contracts were signed during January, and one of those agencies signed on for five years! We have also started...

We at Aristotle Cloud Services feel strongly about the importance of metadata as a way of recording business knowledge. Metadata is the backbone of how we work with data, making sure whenever data is used it can be understood and used effectively. Part of sharing this enthusiasm is making sure...

How does Aristotle Metadata MOG-proof your data strategy?

A change in government presents a range of challenges for public sector departments – but it shouldn’t change your data strategy. *You can MOG-proof your metadata!** Machinery-of-Government (or MOG) restructures of government departments can streamline policy delivery but requires the merger and separation of business units complicated by IT systems... 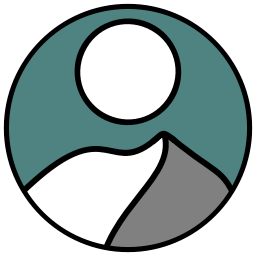