This month, I was invited to a “Train-the-Trainers” workshop for the DDI (Data Documentation Initiative) standard, the workshop was a way for the Initiative to create training materials for people to go off and train others with. I will admit that I did not know much about DDI before attending the workshop, but throughout the week I learned so much about the standard and it also taught me a lot about Aristotle’s training materials and the ways we train as well. By the end of the workshop, there were a total of 12 modules for training that were either complete or almost completed. They ranged from the very beginning starting point of “what is DDI”, to more in-depth materials that dug further into the standard. I helped develop the idea of creating a standard way for others develop training materials for the DDI. This standard is a bunch of people that have joined together because they have a love for documenting data in a standard way, they aren’t paid to do this and it is something that they do after their full-time day jobs, so I wanted to help make it easier for people to create training materials that others could re-use and take out materials that are not needed or put in other materials they need to show to specific audiences. Re-use = good metadata, why not the same idea for training modules?

Throughout the week of the workshop I got to hear other trainers’ stories of how it’s different every time they train people. Some said they had been training librarians about DDI, and they didn’t know what metadata was! They worked with it every day and didn’t know the term. That’s where we eventually landed on developing modules for training for beginners. You have to start at the bottom and build up from there, and you can’t assume that everyone in the room know right off the bat what you’re talking about. These are some of the key points taken from the training, they sound like very basic things, but they are very important to remember when training people from the beginning of something.

The workshop was a success, at the end we decided that we would try to meet for a call every couple of months to talk about how training is going and to discuss any modules that have been developed. There was even a request from some asking if they could run though the training presentation they were going to deliver so they could gather feedback. I was asked to join the training group to help develop helpful videos branded under the “5 minute metadata” badge, surrounding key points of DDI. 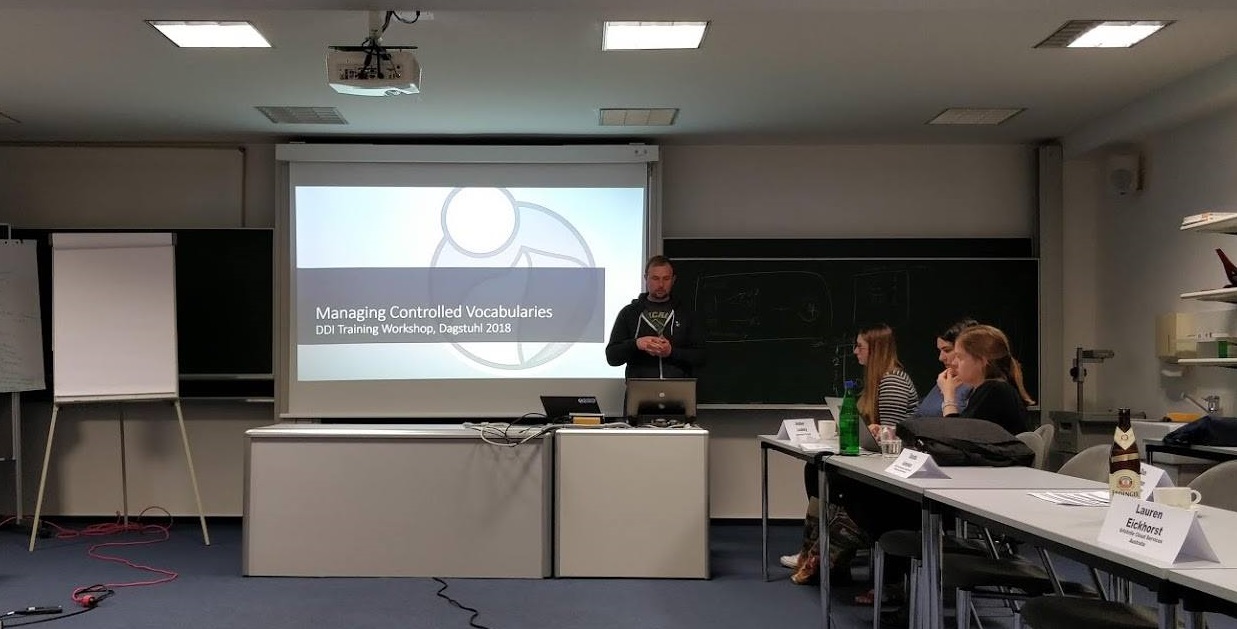 Alongside the DDI Workshop, as well as learning about the different training methods of people in the metadata community, I had an opportunity to work with members of the DDI Developer community to work on integrating the Aristotle GraphQL API with DDI.

During the workshop we were able to produce a prototype serverless API that outputs content from Aristotle into a number of DDI formats, as well as producing the Genericode outputs used by the DDI Controlled Vocabularies Workging Group. Later this year we are looking at expanding this work to produce a complete API endpoint to allow content from Aristotle to be imported and exported using DDI XML formats.